Home   Grasses   A Taxon for all time!

A Taxon for all time! 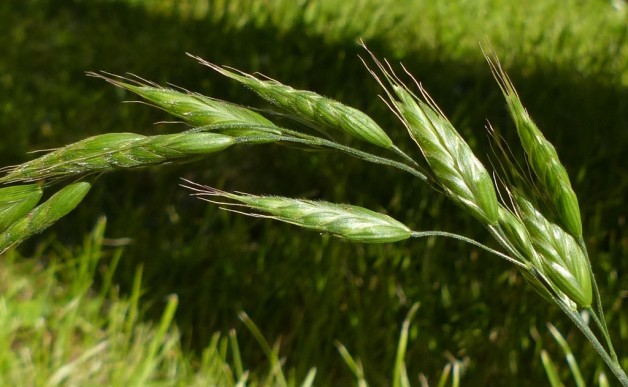 Dr M wrote this post for Catalogue of Life – Taxon of the Day, sign up to CoL Taxon of the Day in future for details of other favourite plants (Mondays) and animals (other days!).

Dr M writes: Poaceae is a wonderful and important vascular plant family, the 5th-largest in the World, after Orchidaceae, Asteraceae, Fabaceae and Rubiaceae.  World-wide, Poaceae is divided into 28 tribes and the Catalogue of Life lists 740 genera and 11,367 species.  In the UK this reduces to 8 tribes and 113 native species with additionally 10 Archaeophyte species – naturalized alien plants introduced by people in pre-historic times – and 50 Neophyte species – naturalised alien plants introduced post-1500.

Ecologically natural and semi-natural grasslands cover 20% of the Earth but Poaceae occur in many other habitats too like forests, freshwater and saline wetlands and tundra. Fascinating ecological relationships have evolved including the co-evolution between grasses and large grazing animals and between grasses and wildfire.

Aesthetically  grasses must count amongst the most evocative and beautiful plants on Earth. This is reflected in their increasing use in garden design. But we only have to think of the mysterious swirling Stipa grasses on the Steppes of Eastern Europe and Central Asia, the majestic herds of Antelope, Wildebeest, Buffalo and Zebra grazing the Savannas of East Africa, and even fields of cultivated wheat and rice have their own Poaceous magic.

Not only a Taxon of the day but a taxon for all time!