Home   Books   Tools of the eXtreme botanists trade: Dr M introduces the Book of Stace (#1 of 3)

Tools of the eXtreme botanists trade: Dr M introduces the Book of Stace (#1 of 3) 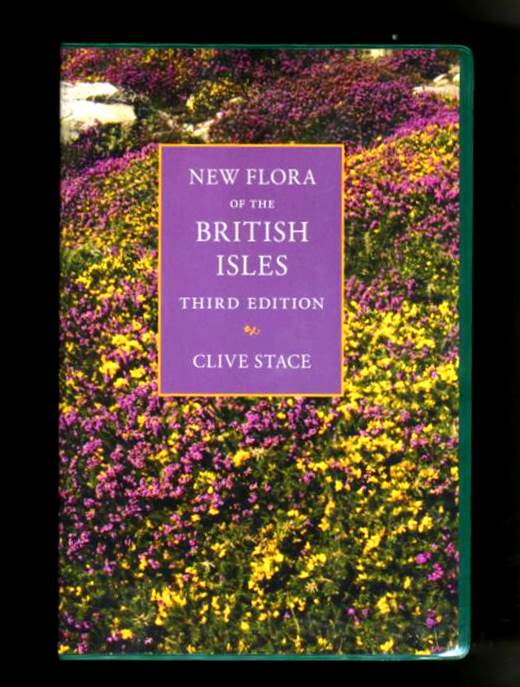 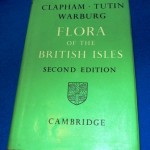 As a young botany student at Bangor University in the 1970s, Dr M was brought up on the Flora of the British Isles widely and affectionately known as “CTW” amongst the botanical community (published in 1962 by A.R. Clapham, T.G. Tutin & E.F. Warburg).

Dr M always retains great affection for that beautifully produced greenish volume which went through three editions before being superseded by New Flora of the British Isles, by Clive Stace, which in 2010 also reached its third edition.

Incidentally pocket versions of both floras were produced, for CTW it was the excursion flora (second hand copies readily available on the internet and still worth investigating) and for Stace it’s the field flora known as baby Stace and now well and truly out of print and even second hand copies are rare and worth their weight in gold!

This has been christened “The Book of Stace” by one of Dr M’s recent students on the MSc Plant Diversity and is an imposing (and quite heavy) volume and the standard flora of British vascular plants (ferns and fern allies, Gymnosperms (Conifers) and Angiosperms (flowering plants – Dicots and Monocots).

The Book of Stace now offers the most comprehensive and up-to-date coverage of the British flora with a general key to families and individual keys to genera and species.

The Book of Stace covers the whole British flora, 170 families and 4800 species, including both native, naturalised, casual and crop species.

This being the 21st century there is even a Stace App which Dr M will review in the fullness of time, (i.e. when he has saved the £11.99 price tag!).

An advanced tool of the eXtreme botanists trade

The Book of Stace is an advanced tool, and it’s one of those books which beginners often look at in dismay as “It has no pictures!” well it does, but they are the technical kind, little bits and pieces of plants, seeds etc not pretty coloured pics of whole plants!

But Dr M insists that all his students learn about it and practice using it to ID plants to family and beyond in class as well as under test conditions.

Indeed, speed keying using The Book of Stace is an eXtreme botanical activity to behold with wonder and awe, and not for the faint hearted!

Like all keys, getting to know it from scratch can be tough and it takes practice and determination to master.

But there is an important eXtreme botanical incentive: once mastered, this key is a window into the whole British flora allowing the user to identify all those as yet unfamiliar families and species.

Another big bonus is that the skills gained mastering The Book of Stace are just the skills needed to master any key and any flora anywhere in the world.

Setting off on the journey: three alternative routes

All this means that you need to know the difference between these three major plant groups before you can even think about using The Book of Stace.

Well, as Dr M has said already, The Book of Stace is an advanced text and so it’s pretty much a given that you need a modicum of botanical knowledge to contemplate using it.

Let’s start at the very beginning – a very good place to start! 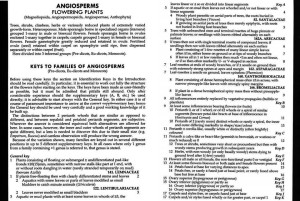 The general key to families is an essential code for the eXtreme botanist to break in order to develop and hone their botanical skills.

Like all keys the best way to get to grips with it is to try it out on a plant you know, that way you know if you’ve gone wrong and you can work backwards to  find out what went wrong, correct the mistake and do better next time!

One the general key to families is mastered (see post #2 in this series) you can move onto using the detailed keys to take your specimen to genus and species (check out post #3 for this step).

The General Key to Angiosperms

The Stace key is a dichotomous key and the journey proceeds through a numbered sequence of paired questions or couplets.

At each step you must read the pair of couplets carefully (checking any unfamiliar terms in the glossary) and then decide which option best fits the plant, and then move on to the next couplet as indicated in the key.

On the first two pages Stace provides a series of couplets designed to key out some rather characteristic plants (e.g. carnivorous or aquatic plants).

Unless you have one of these plants it is usually possible to skip the first page or so once you are familiar with what it is about.

The image below shows the first two pages with some images added by Dr M of the plants that key out there. 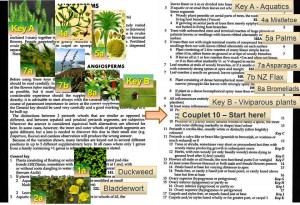 In general, if you have an “ordinary terrestrial plant” to key out then you can usually skip to couplet #10.

Dr M says: Don’t forget that while some families key out in  just one group (e.g. Lamiaceae always keys out in Group G, since the family characteristics are pretty invariant between genera) while other more variable families may key out to more than one group, e.g. Rosaceae, members of which may key out in any of six groups.

Now for starters, here’s a run down on the features of each group: 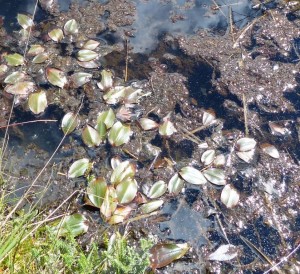 B – All inflorescences entirely replaced by vegetative propagules (bulbils or plantlets). Examples: viviparous members of Poaceae, Juncaceae and Alliaceae. 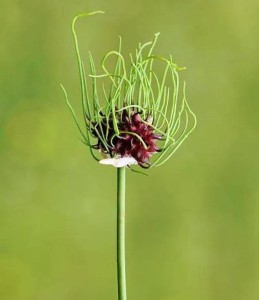 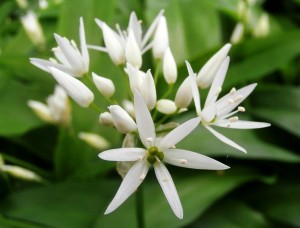 D – Perianth of 0, 1 or 2 whorls, of similar segments, Perianth +/- calyx like, or bract-like (greenish, brownish or scarious), or much reduced, or 0.  Examples: families of trees and shrubs e.g. Betulaceae, Fagaceae, Sapindaceae, Platanacae, Salicaceae, Fagaceae, Ulmaceae etc.

E – Perianth of 0, 1 or 2 whorls, of similar segments, Perianth +/- calyx like, or bract-like (greenish, brownish or scarious), or much reduced, or 0, Examples: Amaranthaceae, Cyperaceae, Juncaceae and Poaceae. 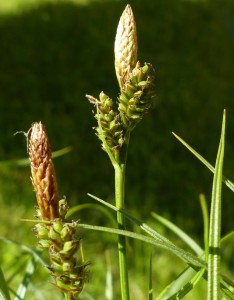 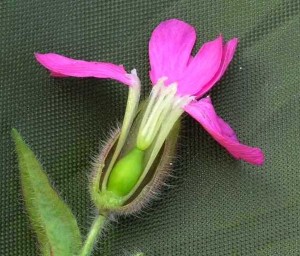 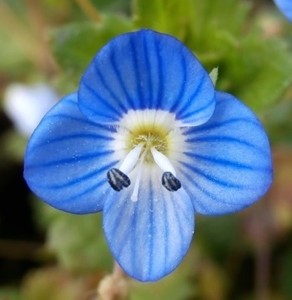 H – Perianth of 2 distinct whorls, differing markedly in shape/size/colour, at least some flowers bisexual (or both male and female present), petals fused at the base, ovary inferior (or partly). Examples: Asteraceae, Campanulaceae, Dipsacaceae. 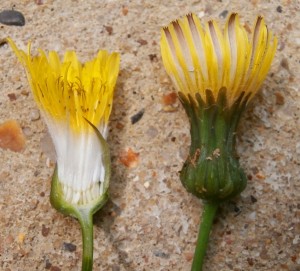 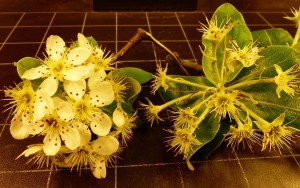 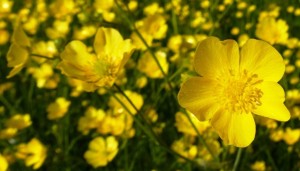 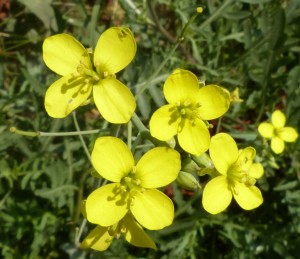 In the next two posts (here and here) Dr M uses an example species to illustrate how to use the Book of Stace to key a plant to family and thence to genus and species.