The series kicks off with:

I got into botany… appreciating flowers with wonderful aromas. As soon as I could walk I went around picking flowers, but was quickly taught how to smell them without pulling them off the plants so that other people could also enjoy them. I was lucky to have family members who could tell me common names for plants, were happy to accommodate me endlessly playing outdoors and supervise early cooking experiments. Sloe sorbet was not massively appreciated at the time but I think I can refine that recipe now.

I studied botany… when I learnt taxonomic plant identification via the Field Studies Council, which was the gateway to an 8 month campervan trip around Britain. This was where I really became a botanist through exploring the whole range of British habitats and being able to identify what was growing in them. Seeing Grass of Parnassus (Parnassia palustris) in Lancashire for the first time really marked being in the botanical north of Britain and was just as thrilling for me as more recent orchid adventures that have taken and are taking me through Réunion island, Madagascar, Turkey, Bhutan and South Africa within the same year.

Markets, kitchen cupboards and ingredient lists on any packaging are an opportunity to explore the visual features of plants in different forms as well as their smells, tastes and textures.  Telling people you are interested and listening to what they tell you about a plant they are handling is a great way to learn about plants – grannies, chefs, gardeners – everyone can give you different pieces of the puzzle to put together. Wherever you are, looking at the plants around you as they are growing, being sold and used connects you not just to botany but the history, culture and people of a place.

Deep in the gin (Juniperus) forest with Susanne Masters

I have worked on/with plants… initially I had weekend jobs as a florist and developed a garden at a substance misuse hostel I worked at. Now I work as a consultant on products with botanical components from skincare to gin. Some jobs are more exciting for my friends than others; gin and cocktail experiments need drinking and I now get described/explained as the GinWitch (a bit easier to remember than ethnobotanist). I also get invited to talk about orchids, juniper, gin and other botanically orientated alcohol based drinks.

My research/interest area… Currently I am doing research on edible orchids. “Wild” plant harvesting and plants used in drinks are particular areas of interest. While swimming outdoors all year round seaweeds and other aquatic plants are always a delight to see and often instigate reading up on the species via academic papers and the game of how many different plant samples can you fit into a bikini. So much more fun than collecting aquatic plants with a grappling hook.

The biggest challenge for botany today… people assume plants are boring. I am not massively excited about clubmosses other than thinking that they are ancient enough to be dinosaur plants, and get anxious when people show them to me in case I am the botanist who shames themself by accidentally standing on the smudge of green that is supposed to be important.  But I do think orchids are pretty incredible in their diversity of forms that can range from gorgeous to “is that supposed to be a flower?”

Amongst hundreds of thousands of species everyone can find a plant to be excited by. Even a city walk is enlivened when you know the past and present uses of the plants you see and often means you return home with something for the kitchen. Botanists need to make the effort to connect with people who aren’t botanists – using common plant names, starting with the types of plants people are interested in and then sharing skills like plant identification so that people can explore the botanical world that is all around them. Botany is not just a pursuit while in the countryside or a botanic garden but also something for urban areas, supermarkets, pharmacies etc. 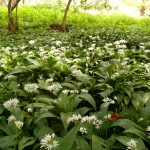 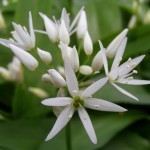 My favourite plant to eat/use… My lifelong favourites are wild garlic (Allium ursinum) in quiche, pasta and savoury baking, elderflower (Sambucus nigra) in cordial, champagne, wine and sambocade. For me the emergence of wild garlic is spring unfurling. Elderflower is redolent of summer evenings while wandering down scented hedgerow-lined lanes and sharing a glass of homemade drink with friends. 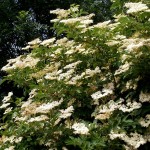 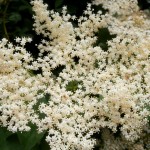 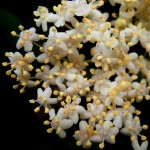 My botanical superhero/ine is…  Evelyn Cheesman, Isabella Abbott and Sandra Knapp a trio of 20th – 21st century women. Linnaeus’ classification system was transformative for botany but counting the sexual parts of flowers was considered an unsuitable occupation for ‘ladies’. Moving on from that obstacle we need to redress the view that most botanical explorers are men.

Evelyn Cheesman, actually more of an entomologist, went to the summit of Mt Nok on Waigeo Island New Guinea in 1938,and discovered a mythical plant – a blue orchid species Dendrobium azureum. Heading off to a remote tropical island was a pretty bold adventure for a woman at that time.

Isabella Abbott was an expert on Pacific seaweeds and made monumental contributions to scientific knowledge on Hawaiian seaweeds from both a botanical and ethnobotanical perspective. She was the first native Hawaiian woman to obtain a PhD in Science.

Sandra Knapp is a living legend still out there making botanical discoveries, spearheading the Solanaceae database and putting her energy into many great projects. It is also pretty cool that Sandra doesn’t just base species names on the standard repertoire of Latin and Greek words, she has been known to integrate local language such as Quechua into scientific names. 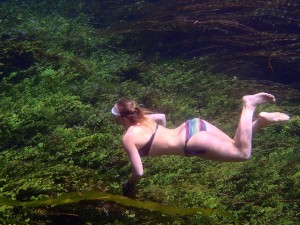