The latest in this series of botanical selfies features Josh Styles, one of the emerging young generation of British botanists who are filling oldies like Dr M with hope for the future of UK botany!

Dr M says: I first came across Josh as a contestant on the Edge Hill University team of the very first Botanical University Challenge which I organised with John Warren at Kew in March 2016: 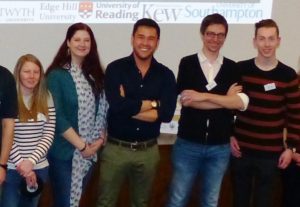 Since then Josh has completed his University studies – very successfully – and has launched a botanical career and forged a reputation as a fantastic young botanist and conservationist, initiating single-handedly, the North West Rare Plants Initiative.

One of Josh’s tutors at Edge Hill was Paul Ashton who adds:

Josh Styles joined Edge Hill University to study Ecology and Conservation in Autumn 2014. His attendance at Edge Hill being a product of a phone call to the Head of Biology complaining that he was bored on his current course and needed more stimulation. A challenge to the teaching staff if ever there was one! Three years later with a set of ecological and botanically themed assessments completed in style saw Josh gain a well deserved First Class degree. This included an exemplary herbarium collection of both vascular and non-vascular species, a thorough understanding of theoretical aspects and a dissertation identifying the ancient woodland indicator species in Lancashire.

However Josh’s time at university wasn’t simply restricted to study. He managed to fit in volunteering at the Ainsdale coast, developing his own living plant collection and surveying the university campus. This latter led to the discovery of a sizeable population of Dune Helleborine on campus. This in turn saw Josh involved in writing – what could be one of the first – campus Biodiversity Action Plans. With an active twitter profile, success in securing a BSBI grant to support his dissertation travels and a widening botanical profile we saw Josh employed as an ecological consultant even before graduation, and, still no sign of him getting bored! 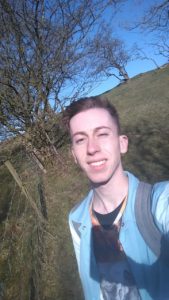 I am Josh Styles, I am 22 years of age, and have recently graduated with a BSc degree in Ecology and am practising as an ecological consultant.

I got into botany at a very young age. One of my earliest memories was taking control of my mums back garden when I was around 7 to grow sunflowers and some veg. It was gardeners world that encouraged people to grow wildflowers, and so from planting a small area in the garden with some indigenous wildflower seeds, my interest in them exploded, all my veg were dug up and replanted with native species. Following this, I joined up with Cheshire Wildlife Trust to become a local wildlife sites surveyor through which I gained a considerable amount of knowledge. I now have over 250 species of wild plant in my garden and am a FISC level 5.

I studied botany also from a very young the age, when I was around 8 or so, beginning with readers digest and Collins picture books. From this I then studied countryside conservation for a year at Reaseheath, followed by reading for my degree in Ecology from Edge Hill University; my university in particular has a strong focus on plants with lecturers like Paul Ashton.

I have worked with plants for a very long time, I already have around 15 years experience in cultivation and botanical recording; I have also worked in research, practical conservation and consultancy. 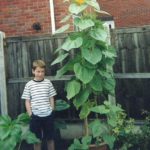 Josh Styles at 8 years old, have sunflower will botanise! 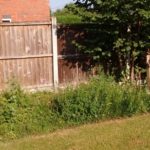 My interest area focuses on the methodologies for achieving plant conservation. Animal conservation has, in part, a strong focus on reintroduction. Plant conservation doesn’t tend to have this strong focus and so very recently I have started an initiative – the North West Rare Plants Initiative: http://www.nwrpi.weebly.com – with the main aim to save those species on the brink of regional extinction. Within two months of beginning my initiative I have secured a collaborative partnership with Chester Zoo. 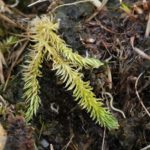 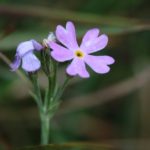 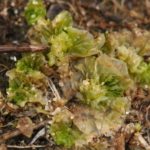 The biggest challenge for botany today in my opinion, is probably the growing disinterest in plants by the majority of the general population. Plants are AMAZING organisms which are fundamental for the functioning of the major ecosystems on earth, with the exception of the communities of hydrothermal deep sea vents.

My favourite plant, well, although I wouldn’t say I had a favourite plant per se, a plant I do love is Mistletoe (Viscum album). Mistletoe is a highly toxic plant that is parasitic on a variety of host tree species; how odd that someone thought that dangling a bit of a toxic parasite above ones head is a romantic gesture.

My botanical superhero, has to be Phil Smith. I regularly go on outings with Phil on the Sefton Coast and his insight on botanical assemblages that occur there is absolutely awesome. Phil regularly publishes his work in BSBI outlets alongside other publications produced such as British Wildlife.

My web presence on twitter I have two accounts, you can find me (Josh Styles) @joshual951, or alternatively, you may also find me on my rare plant initiative twitter page @nwrpi

Dr M adds:  Josh Styles is certainly going places and a botanical mover and shaker if ever there was one!  Check out his podcast for The Wild Voices Project here – a masterclass in how to become a botanist and, if no one else is going to do something, how to get it done yourself!