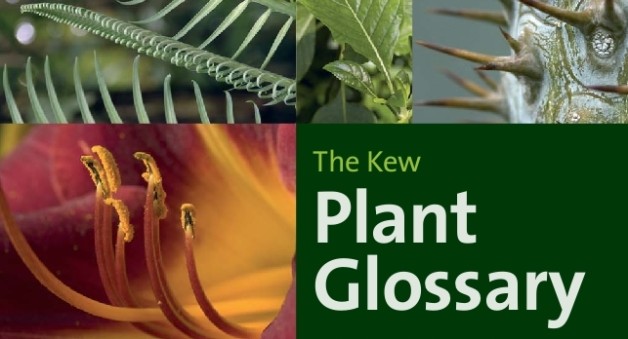 Some people get irritated by the plethora of specialised botanical terminology or jargon, like a secret code just for the botanical initiated!

But Dr M says botany has the coolest words and to celebrate botany’s lexicographical superlativity (not to mention the wonderful Kew Plant Glossary by Henk Beentje) Dr M is posting an alphabet of botanical terms on Twitter at #botanicalterms, one a day until, well until Z or until he forgets!

Then when its all over (or will it be just a beginning?) or just when Dr M feels like it, they will be accompanied with illustrations and definitions, and maybe a bottle of champagne or two?

A is for AURICULATE (a leaf base which has lobes on both sides of the petiole (As in Quercus robur here). An auricle is also an ear-shaped appendage at the base of a leaf, leaflet or corolla lobe; or an ear-like outgrowth at the base of the sheath of some grasses). 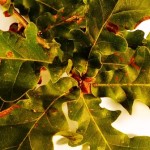 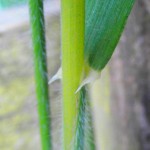 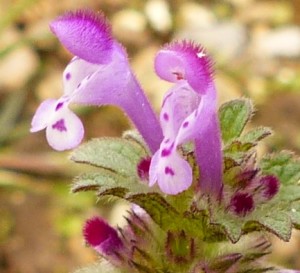 C is for CAPITULUM (a dense cluster of sessile, or almost sessile, flowers or florets as in Asteraceae) 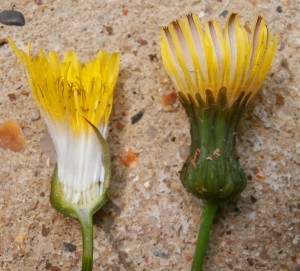 D is for DECUSSATE (having paired organs e.g. leaves with successive pairs at right angles – as in Caryophyllaceae here, and also Lamiaceae) 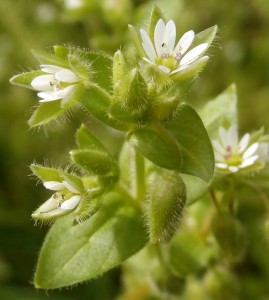 E IS FOR EPICALYX (a whorl of bracts, just below or joined to the calyx, resembling a second calyx) 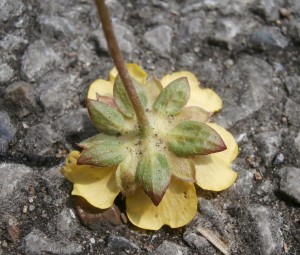 G IS FOR GLUME (glumes are the two bracts at the base of the grass spikelet (called lower and upper glumes due to their position on the rachilla (grass inflorescence stalk)). Also used in sedges (Cyperaceae) for the very small bracts on the spikelet in which each flower is subtended by one floral glume) 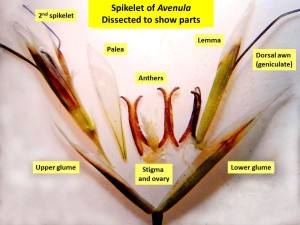 H IS FOR HYDATHODE (a specialized pore on the leaves of higher plants that functions in the exudation of water. The position, size, shape and color is a useful ID character and is used in the veg key, the image shows marginal hydathodes on a leaf of Centaurea nigra (Black Knapweed)) 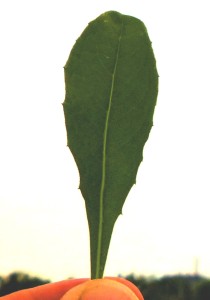 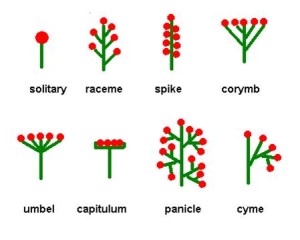 J IS FOR JUGATE (of a pinnate leaf; having leaflets in pairs). 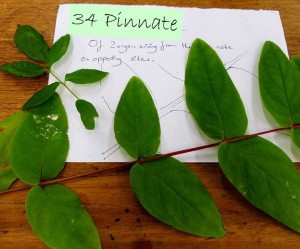 K IS FOR KEEL (a boat shaped structure, with a prominent longitudinal ridge as in grass leaves, or, in Fabaceae part of the flower formed by the two lower petals) 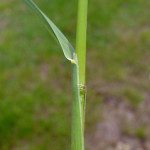 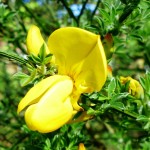 L IS FOR LIGULE (outgrowth from the inner junction of the grass leaf sheath and blade, often membranous, sometimes represented by a fringe of hairs. The term ligule is also used for other parts of certain plants e.g. the ray florets of Asteraceae are also called ligule florets) 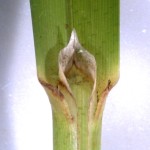 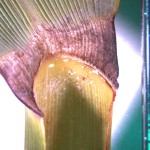 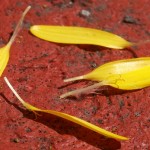 M IS FOR MERICARP (a single carpel of a fruit in which carpels are initially fused but which splits apart at maturity, e.g. in the Apiaceae). 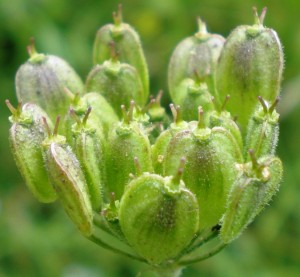 N IS FOR NODE (the part of a plant stem from which one or more leaves emerge, often forming a slight swelling as in Polygonaceae. Also a feature of Poaceae and one which sets its apart from Cyperaceae and Juncaceae: Sedges have edges, rushes are round and grasses have nodes right down to the ground!). 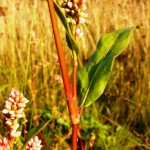 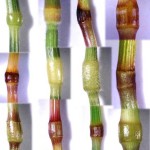 O IS FOR OVARY (the basal part of a carpel or group of fused carpels, enclosing the ovule(s). Image shows section through a cherry tomato (Solanaceae), the tomato is a fruit so it includes more tissues than the young ovary in the young flowers, but being bigger it is easier to see (and photograph!) and it does show the fruit that has developed from a 2-celled ovary with numerous ovules). 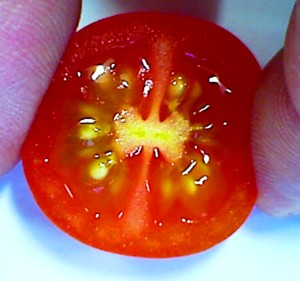 Q IS FOR QUADRAT

A small plot used in plant ecology, geography and geology to isolate a standard unit of area for study. Originally a rectangular wooden frame, modern quadrats can be rectangular, circular, even irregular, and made from all kinds of materials. The dimensions of the quadrat and sampling pattern (regular, random or stratified random) depend on the objectives of the study and are important decisions to be made when planning a survey. Dr M considers the quadrat a central tool of the field botanists trade, check out his post and video “Master Quadrat” recently hailed “we’re talking an underrated masterpiece” (Andrew Pullover, The Gaurdian). 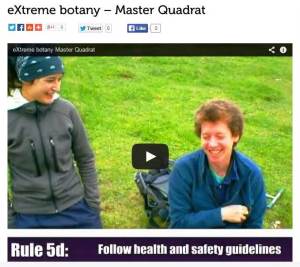 R IS FOR RAY FLORET

There are also a number of botanical glossaries online, like this one from Florabase Australia here.