Shed-loads of botany on BBC Radio 4! 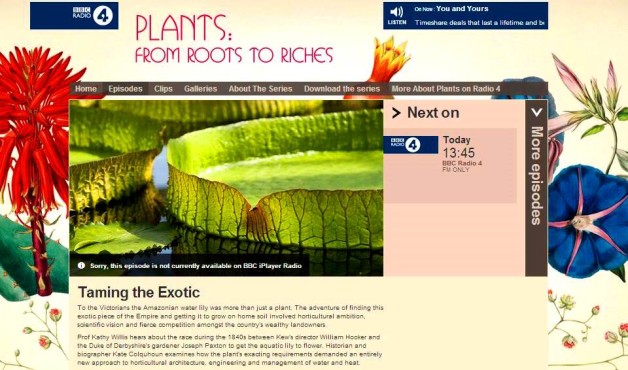 You’ve got to admire the timing, just as UK’s most prestigious botanical research centre, Royal Botanic Gardens, Kew, faces  a public outcry over budget cuts, the new Director Professor Kathy Willis presents not one, not two or three but twenty-five programmes about botany, and all on prime-time BBC Radio 4 – in the hallowed slot just before the Archers!

Entitled “Roots to Riches” (owch!) this could be the greatest way to make the point that botany and internationally renowned centres like Kew are vital to our understanding of the importance, beauty and fascination of plants. Dr M hopes that these programmes will be more ammunition to counter the crazy Kew cuts.

Dubbed by Kew as “a major new partnership between the BBC and the Royal Botanic Gardens, Kew,” the 25-part series will tell the story of botany and plant science at Kew Gardens and the relationship between people and plants over the last 250 years.

Later episodes will show how Kew leads the way in plant science throughout the nineteenth and twentieth centuries. Featuring interviews with Kew scientists, and delving into Kew’s unique archives, the series will bring the story up to date by exploring key contemporary scientific advances such as the use of molecular techniques and DNA analysis in plant classification.

The series is now in its second week with botanical stories covering:

Wednesday 30th July Orchidmania – Charles Darwin’s use of orchids as a scientific tool.

Thursday 31st July Plant Invaders – How one man’s flower was turning into another man’s weed.

Catch up with week 1 programmes:

Monday 21st July with a programme about botany’s most famous son, Carl Linnaeus in an episode entitled A Rose by Any Other Name – explaining how Linnaeus developed a revolutionary grammar for plants.

Thursday 24th July Blight on the Landscape Fungi and the birth of plant pathology.

Friday 25th July Lumping and Splitting – Joseph Hooker and the new laws of what grows where and why.

The series continues into August, watch this space or BBC website for more info. 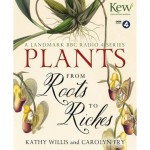