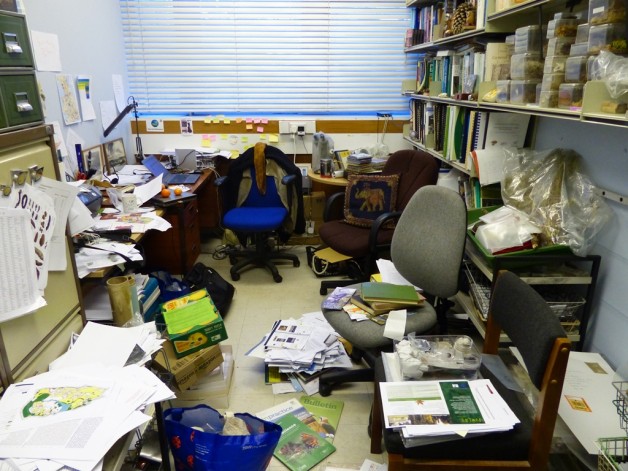 Dr M had planned to put a day aside last term to tidy his office, it didn’t happen!

A tidy desk is a great motivator allegedly, so what does that mean for Dr M who has always seen himself as a bit of a Dr M-otivator!?

Indeed it was Albert Einstein who asked: “If a cluttered desk is the sign of a cluttered mind, what, then, is an empty desk a sign?”

OK, so a messy office is a fire hazard, but there must be more to it than that!

In fact it seems that, despite what Einstein implied, few previous studies have found much virtue in disarray. The broken-windows theory, proposed decades ago, says that even slight disorder and neglect can encourage nonchalance, poor discipline and nihilism. Chaos begets chaos. 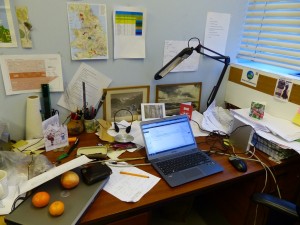 But this can’t be the whole story, surely?

It seems not. Researchers at the University of Minnesota have recently conducted a series of experiments and propose a more subtle, nuanced story.

In one experiment, college students were placed in a messy or a neat office and asked to dream up new uses for ping pong balls.

Those in messy spaces generated ideas that were significantly more creative, according to two independent judges, than those plugging away in offices where stacks of papers and other objects were neatly aligned.

“The results were something of a surprise”, says Kathleen D. Vohs, leader of the study.

She and her colleagues conclude that “Disorderly environments seem to inspire breaking free of tradition, which can produce fresh insights.”

Check out the research results in Psychological Science

And more on ping pong balls: