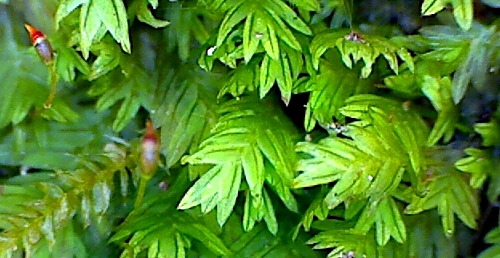 A really very characteristic group of mosses, the genus Fissidens often being mistaken for leafy liverworts by beginning students due to the complanate (flattened) shoots, and the leaves in two-ranks.

However careful examination shows the leaves have an obvious nerve and  leafy liverworts NEVER (never, never, never!) have a nerve, so these are acrocarpous mosses.

The leaves are complanate and two-ranked with an adnate (fused) flap of tissue forming a pocket hence the common name “pocket mosses“.

The capsule and peristome is close to Dicranella hence the BBS field guide places Fissidens in the Dicranales, here Dr M keeps it as a separate order because the morphology is so characteristic.

Fissidens taxifolius is a very common moss of a range of usually base-rich habitats but usually on soil: woodland, arable fields, ditches, tracks and chalk grassland. 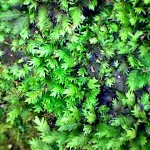 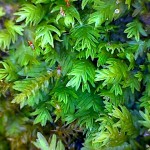