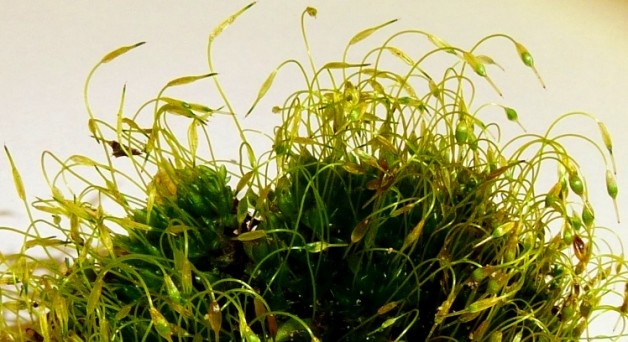 A small order in Britain (but about 135 species world-wide), including a very common and characteristic species, Funaria hygrometrica, growing on old bonfire sites, disturbed ground and garden and other horticultural habitats.

Possibly the commonest moss in the country, in urban habitats at least, Funaria hygrometrica is a pale green and densely tufted plant.  The leaves are broad with large thin-walled cells which are easily visible with a lens. The capsules are usually abundant and are pear-shaped (pyriforme), nodding, and with a long beak on the calyptra and the seta is long and quite curved. The mature capsule becomes strongly furrowed with age (striate) and there are two sets of peristome teeth (“double peristome”).

The form of capsule-bearing shoots are rather “bud-like” and formed from a tuft of perichaetial leaves (special leaves which enclose the female gametophyte – the archegonia). There are also male “inflorescences” occurring on distinct branches, resembling tiny green flowers and which contain the male gametophytes – the antheridia. 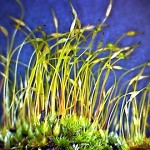 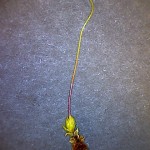 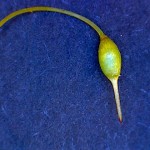 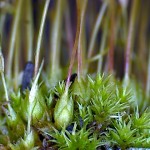 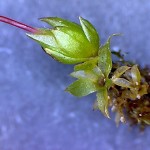 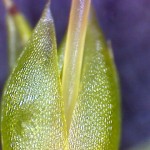