Dr M’s favourite place in Reading is the Oxfam music shop in the Town centre where you can find, amongst others, second hand CDs, vinyls and sheet music aplenty.

A visit this sunny saturday yielded nothing especially tempting and so Dr M journeyed across the road to the Oxfam bookshop were he was intrigued by a copy of Gerard’s herbal in the glass cabinet reserved for “special” books.

Well obviously not the original folio-sized edition of 1597 (a tad too large for the Oxfam cabinet as well as far beyond  Dr M’s purse! see below).

Nor was it the enlarged and amended version by Thomas Johnson of 1633 which extends to no fewer than 1,630 folio-sized pages and something like half a million words with many thousands of beautiful woodcut illustrations!

Instead this was the 1974 “distilled” version by Marcus Woodward published by Minerva.

Even in this reduced volume there’s lots to tickle the botanical taste buds and lots to learn: such as did you know John Gerard was the one who gave Clematis vitalba the evocative vernacular name of Traveller’s joy!?

Also, Gerard in his clear and witty prose, espouses the view that “Like Nature herself who maketh her plants not for meat and medicine alone but some to be esteemed for beauty alone, and as garlands and crowns for pleasure.” (W.H. Hudson, Nature in Downland).

Dr M could not agree more, and garlands and crowns for pleasure there are a plenty in this volume. 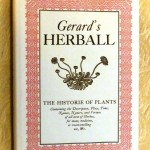 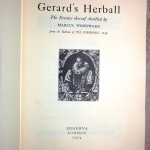 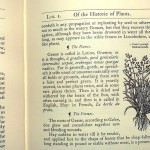 Fittingly for Dr M, Gerard starts with the beloved Poaceae with “Chapter 1 – Of meadow-Grasse”

On which he says:

“Small Medow Grasse differeth from the former [Common Medow Grasse] in the varietie of the soile; for as the first kinde groweth in medowes, so doth this small Grasse clothe thre hilly and more dry grounds un-tilled, and barren by nature, a Grasse more fit for sheepe than for greater cattell.”

Bearing in mind how beginning students struggle with grasses, Gerard makes an interesting comment on how (even 300 years ago) the tendency was/is rather to ignore this fascinating group of plants:

“And because the kindes of Grasse do differ apparantly in root, tuft, stalke, leafe, sheath, eare, or crest, we may assure ourselves that they are endowed with severall Vertues, formed by the Creator for the use of man, although they have been by a common negligence hidden and unknowne. And therefore in this our Labor we have placed each of them in their severall bed, where the diligent searcher of Nature may, if he so please, place his learned observations.”

Dr M counts himself one of these diligent searchers of Nature whom it does please to place his (hopefully) learned observations! (For example check Dr M’s tribes of grasses here).

Gerard’s original was a massive herbal making the barber-surgeon and horticulturist famous when it was first published in 1597, and it remained in high esteem for more than 200 years.

Gerard’s work was based on his experience in his own substantial gardens and as superintendent of several others in and around London, including various properties owned by William Cecil, first Baron Burghley, whose gardens were famous for their variety of plants and trees. 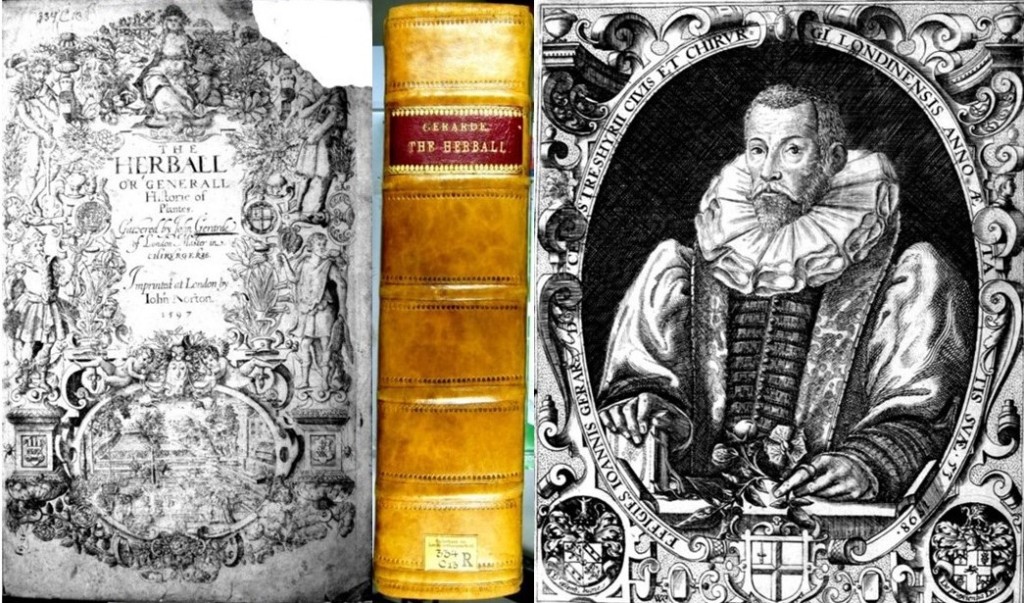 Despite claims that his work was derivative, Gerard contributed greatly towards the advancement of the knowledge of plants in England, and in his Herball described and illustrated several hundreds of native plants, including about 182 which were additional to those recorded in earlier works.

In 1632 the successors of Gerard’s first publisher commissioned Thomas Johnson a well-known apothecary and botanist, to prepare a second edition. He did this so well and added so much (a valuable comprehensive historical introduction as well as half again as many woodcuts) that Johnson’s version is generally recognised as “superior in all respects to the original”.

Johnson ‘corrected many of Gerard’s more gullible errors, and improved the accuracy of the illustrations by using Plantin’s woodcuts. Arber says that ‘the Herball, thus transformed, reached a far higher level than Gerard’s own edition’. In this revised form, the book was still being used in botany classes as late as the end of the 18th century. 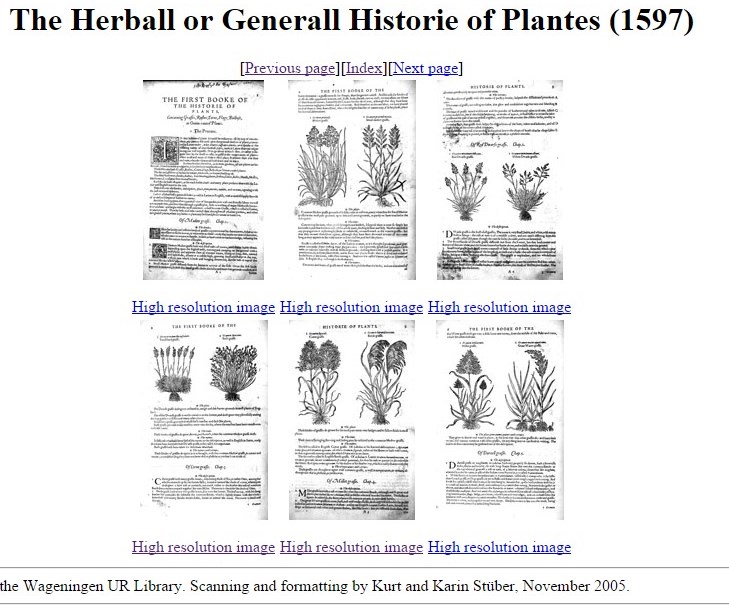 The thousands of charming woodcuts are both large and detailed, and represent an incredible body of work, for example, while in Dr M’s 1973 version only a few grasses and related plants are listed and illustrate the original version includes dozens of grasses, sedges and rushes.

Want to see the original?  There are copies of Gerard’s 1597 original and the 1632 enlarged edition in the special collections of the University of Reading library which can be viewed by appointment!

But to get an immediate feel for the original volume in the comfort of your own home (or office if you at work!) check the pdf files from Wageningen University, the Netherlands, here.

Want to buy a herball? If you would like to purchase a copy for your own library then there is a copy of the 1633 enlarged and amended by Thomas Johnson (considered superior in all respects to the original) for £6,916.43 available from Abe Books here