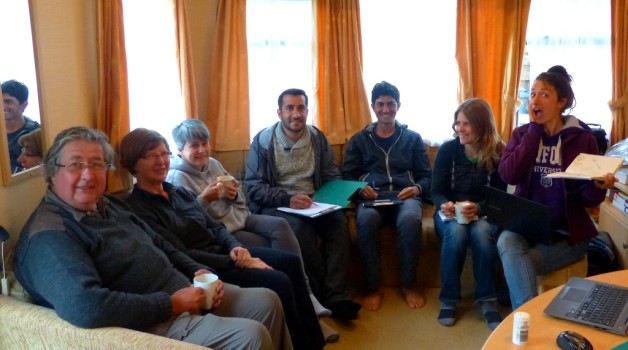 Today was the day they have been dreading, the day they hoped Dr M would forget, the day of the student presentation on their vegetation assignment at Horse Rock, Kynance Cove.

A group of somewhat nervous students assembled promptly at 10.45, notebooks and lap top in hand they set up their presentation in front of Dr M, Wizard Carter and guest tutor Hermione.

Dorothy kicked off with a scene-setting introduction, following which Edwina Higginbotham revealed her cunning sketch map of the area and each member of the team presented their results and analysis on different maritime cliff communities and sample areas. 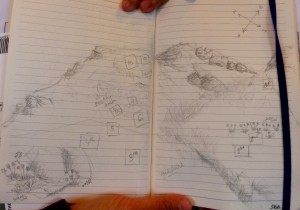 The following vegetation types were identified including transitions between these:

Each step in the presentation was followed by discussion and questions and further analysis from the trio of tutors and amongst the student group.

There was a lot learned and three main take home messages emerged:

1. As well as doing quadrats, make a species list in each homogenous area so that you check species which may not be recorded in the quadrats but which might be important in the interpretation of data later on.

2. When quadrat data is collected from more than one area, check individual quadrats in MAVIS or MATCH and check the quadrat set as a whole, even if you think they are the same vegeation type, because this way you can double check your hypotheses.

3. Be careful not to base vegetation community determinations on single species or on the species in the community name, check all the species against the tables AND the descriptions in the relevant volumes of British Plant Communities.

Comparing species lists against the tables in the NVC volumes is an important and useful step, but a rather abstract process. On the other hand, reading the descriptions (even reading out loud, this can be more valuable than you might think) will usually add an extra dimension of reality and give you a better idea of where your vegetation fits.

The verdict: a really interesting and stimulating presentation and discussion, highly commended by all three tutors. Guys, you’re hired!

A lunch break followed, and then a final bracing afternoon walk to across Kennack Sands to the picturesque fishing village of Cadgwith.

There was an opportunity to commune with some lovely seaweeds, including one looking remarkably like a completely marine species of fern which Edwina christened Asplenium super-maritimum!

There was a stop off to record a very species-rich quadrat in MC5 Armeria maritima-Cerastium diffusum ssp. diffusum maritime therophyte community on a grassy knoll. 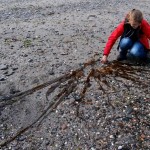 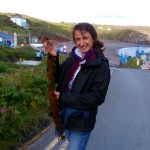 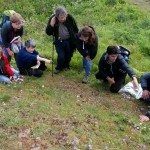 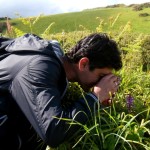 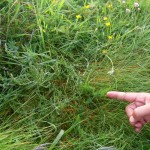 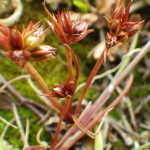 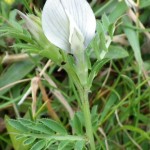 Then back to the caravans for dinner then Dr M’s summing up of the week and individual target setting for the next stages of this UK field course module.

After which Dr M, Wizard Carter and guest tutor Hermione, checked a rather tricky and confusing Elymus from the Kennack Sands beach.

Was it E.athericus was it E.repens was it some hybrid?

Only the cilia on the sheath could tell us and they were being very cagey and intermittent to say the least!

Dr M plan to grow it up in the garden and check the flowers and spikelets later in the summer.

Dr M’s verdict on the Lizard field course as whole: To spend a week at the Lizard with Wizard Carter, guest tutor Hermione and a group of keen, able and eager eXtreme botanist students, simply the best job in the world!