Dr M’s weekend mini-quiz from the ramparts of Maiden Castle in Dorset! 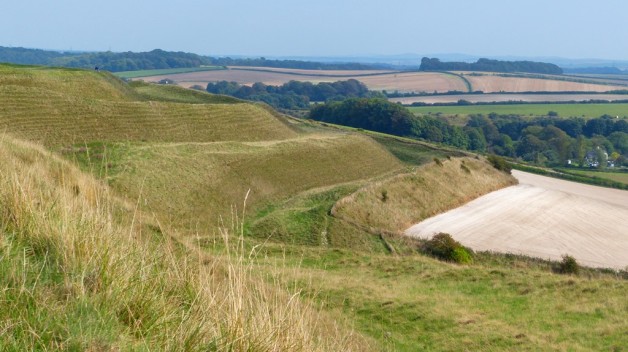 Dr M was in Dorset recently and took the opportunity to visit one of the largest and most complex of Iron Age hillforts in Europe, Maiden Castle, whose huge multiple ramparts once protected several hundred residents.

It’s an old, old site and excavations famously carried out in the 1930s and 1980s revealed the site’s 4,000-year history, from a Neolithic causewayed enclosure to a small Roman temple built on the site in the 4th century AD.

Today this treasure of the Dorset countryside  site is protected as a Scheduled Ancient Monument and is maintained by English Heritage. 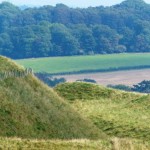 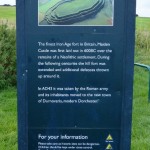 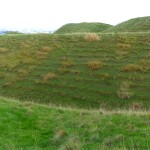 Dr M spent the day enjoying the sheer size of the castle, walking the perimeter, traversing the ramparts (with some difficulty, they are very steep and he was wearing sandals with zero (even negative) grip!).

Dr M let his imagination run riot as he tried to imagine what it must have been like to live and work here thirty centuries ago and more.

Enjoying the solitude of the area in the afternoon sunshine but keeping his pebble sling to hand as each distant dog walker posed the question: prehistoric friend or prehistoric foe?!

It’s easy to get lost in the history of this extraordinary site as Maiden Castle weaves a unique spell, but Dr M had an ulterior and eXtreme botanical motive!

The geology of the area is chalk and so the fort is constructed from chalk spoil and the steeper slopes of the ramparts, especially on the sun-parched south-facing slopes, bear chalk grassland (CG2 in the language of the National Vegetation Classification Rodwell 1998).

Chalk grassland is a particularly colourful and diverse vegetation type and getting down close and personal with this lovely vegetation, Dr M soon found the inspiration for this weekends botanical quiz, a quiz in two parts.

Part 1: Can you identify this selection of some of the later-flowering chalk grassland species (family, genus, species)? 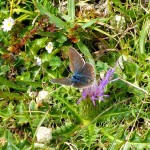 A (try the butterfly too!) 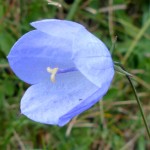 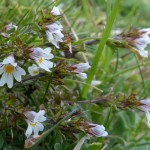 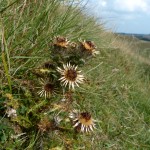 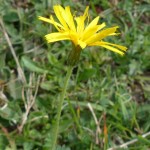 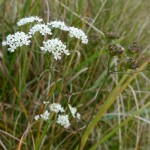 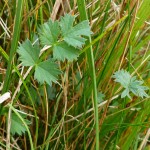 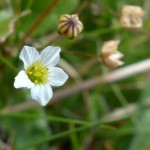 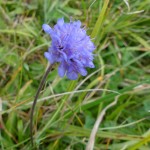 Part 2: Taking the eXtreme botany up a notch or two, the image shows a small patch of chalk grassland vegetation, no flowers here but plenty of leaves, so how many different species can you count and identify purely from their vegetative characters? Click on the image for a decent close-up. 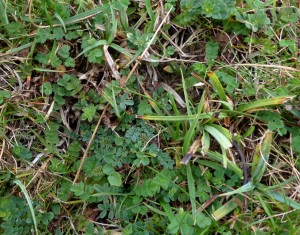