Home   Botanical selfies   A life-time of reasons to be cheerful about botany: Phil Gates

A life-time of reasons to be cheerful about botany: Phil Gates

Dr M is proud and delighted to present this latest in this series by botanist and country diarist Phil Gates who Dr M “met” (the two have never actually met!) on Twitter. This virtual meeting goes to show  just how significant the internet has become as a virtual meeting place, a discussion forum and a vector for sharing and spreading the botanical word! And beautiful botanical words come below in Phil’s botanical selfie where he shares his insights into why he loves botany and why everybody should embrace the power and wonder of plants!

I am Dr. Phil Gates. I retired at Senior Lecturer in Botany at Durham University in 2010 and now spend almost every day in the great outdoors, mostly in Teesdale, Weardale, in the Tyne valley or in our garden.

I got into botany thanks to my grandmother. She left school aged fourteen with only a certificate for good handwriting to her name, but her elegant script got her a job in a nursery where she wrote labels and invoices, so she learned the Latin name of every plant in the nursery. She passed on to me her love of plants and her knowledge, so learning the names of plants came naturally. I grew up in rural Sussex surrounded by its wonderful native flora and by gardens and arable agriculture.

Me in 1953, with my grandmothers. Nancy, on the left, worked on this farm and looked after the field of plants you can just see on the right. They are Statice, a cultivated species of sea lavender that grew well in the chalky, flinty soil below the Sussex South Downs. She hoed the weeds out between the rows, cut and dried the heads of blue flowers and despatched them to Covent Garden, where they were sold for dried ‘everlasting’ flower arrangements. The arrival of plastic flowers killed off this cottage industry.

I studied botany at Oxford University and graduated into the early 1970s recession, a time of high unemployment, so was lucky to get a job as an assistant plant breeder at the National Vegetable Research Station at Wellebourne in Warwickshire. I’d worked in a commercial plant nursery before going to university and my undergraduate botany degree included practical training in plant propagation, which all counted in my favour at the interview because part of my role was to maintain living plant collections. My boss was David Ockendon, a keen botanist who had been a student of Max Walters at Cambridge and who introduced me to fluorescence microscopy techniques that proved invaluable in my later research career. 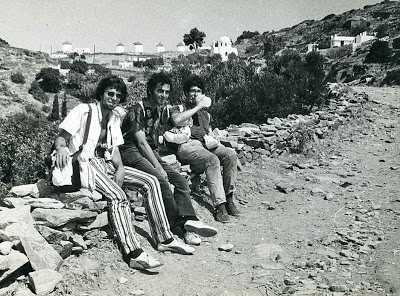 The hippie years, wearing candy-striped jeans and botanising in the Cyclades Islands in Greece, during the 1971 university summer vacation. I lived on 50p. a day and slept on the beach.

After two years at Wellesbourne I moved to Durham University to take up a Ph.D. in legume crop genetics, in collaboration with the Plant Breeding Institute at Cambridge. My Ph.D. supervisor, Professor Don Boulter, became a life-long friend. He was wonderful company, had an entrepreneurial spirit, was very widely read and if you could convince him that you had a good idea he would always help you to run with it.

I have worked with plants all my life.  In order to earn enough money to go to university I worked for a year in a nursery producing all-year-round chrysanthemums, where I learned about large-scale plant propagation, plant nutrition, disease control and photoperiodic responses. At Wellesbourne I worked on self-incompatibility systems in F1 hybrid production and learned a lot about plant genetics. During my Ph.D. I worked with legume crop biochemistry and when I had my own research group I worked on wheat breeding in the UK, rice breeding in collaboration with the International Rice Research Institute in the Philippines  and lentil breeding in collaboration with the International Centre for Agricultural Research in Dry Areas in Syria, as well as working on the physiology and genetic conservation of desert trees in Oman.

Outside of my professional botanical life I’ve always loved our native flora and must have grown at least 300 native species from seed. You don’t really know a plant until you have witnessed its complete life cycle.

My research interests, now that I’ve retired, revolve around the natural history of my garden. I became a grandfather twice over in 2015 and I’m looking forward to watching my granddaughter and grandson learn about the natural world as they grow up.

The biggest challenge for botany today is to repair the fractured link between people who buy food in the supermarket and their knowledge of its botanical origins. You can’t begin to appreciate how much skill and effort it takes to grow food unless to try to do it for yourself. Growing plants ought to be a skill that is taught in all schools from a very early age. Understanding the rudiments of how we can feed ourselves is an essential part of being human and is of fundamental importance in tackling the future challenges of feeding an ever-increasing human population in a rapidly shifting climate. Human history has been shaped by the crops we grow and our planet’s future will be shaped by them too. 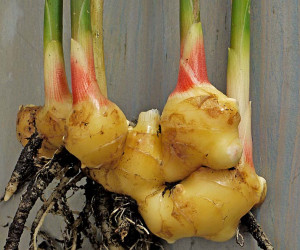 My favourite plant to eat/use is ginger Zingiber officinale. It stimulates all the senses. I buy pieces with buds from market stalls and grow them in our small conservatory; if it’s harvested fresh it’s exceptionally succulent and flavoursome, a touch of the tropics in North East England. The image shows ginger, grown from rhizomes bought in the Grainger Market in Newcastle. It’s wonderfully succulent: try it! 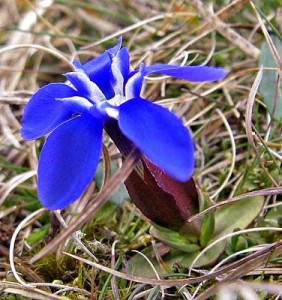 My favourite plant, bar none, is spring gentian Gentiana verna, whose cerulean blue flowers appear amongst withered grasses in the treeless landscape of Widdybank Fell in Teesdale during the first week of May. The image shows Spring Gentian in Teesdale. If you watch botanists walking towards patches of the plant on Widdybank Fell you’ll see them suddenly drop to their knees, as if in adoration. Really they are taking photographs, but every botanist should make at least one pilgrimage to this spot.

My botanical superheroes aren’t famous names in the botanical firmament.  They are people who, along the way, provided encouragement and shared their practical skills. My only regret is that I probably never thanked them enough.

When I was twelve I came very close to losing my eyesight entirely and while I was recuperating my parents, both of whom loved plants, bought me a camera and a microscope; photography and microscopy have been my passions ever since and helped enormously in my career.

I was fortunate at school to be taught biology and then botany (you could take an A level in botany in those days) by two inspirational individuals. Ken Murch, who ran an after-school field club, spent the Second World War fitting gun cameras to fighter planes and when he became a teacher he brought some of the redundant cameras with him, building lab equipment that we pupils used for making time-lapse films of flowers opening, some of which were shown on TV. Bill Jackson had been a pupil of the botanist Herbert Baker before he became a teacher and, as well as giving me a very thorough grounding in the use of a flora and practical botanical skills, encouraged me to go out into the Sussex countryside and photograph its orchid flora. That all proved immensely valuable when the time came for university interviews and entrance practical exams.

In my view teaching, at every level, is a grossly undervalued profession.

My web presence has grown a lot since I retired. You can find me on Twitter @seymourdaily and I have a natural history blog called Cabinet of Curiosities. I’ve been a Guardian Country Diarist for nearly 30 years and currently appear on the first and third Thursdays of every month here. 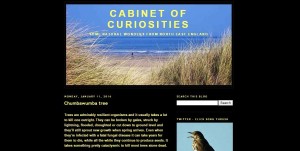 Some people tend to be pessimistic about the state of botany but I take a more upbeat view. Thanks to digital technology it has never been easier to share images and information, to learn or to find help amongst fellow botanists on the web. Vast amounts of data, that was once buried in inaccessible journals, is now just a few mouse clicks away and it’s easy to alert others to important botanical issues almost instantaneously. I think the glass is half full and is being topped up with new talent, thanks to the web.

Reasons to be cheerful when botanising the the North Pennines, a series of beautiful images from Phil’s collection of botanical delights: 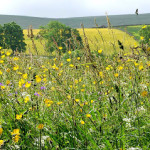 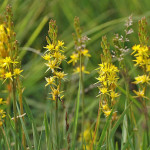 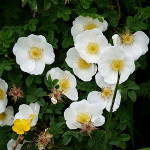 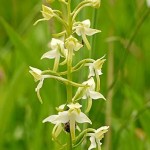 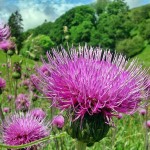 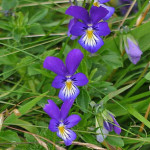 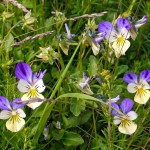 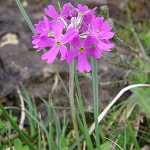 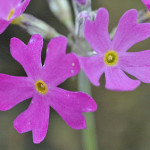 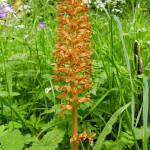 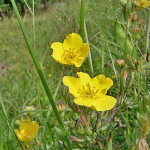 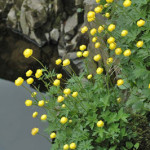 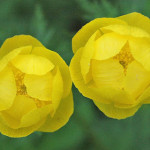