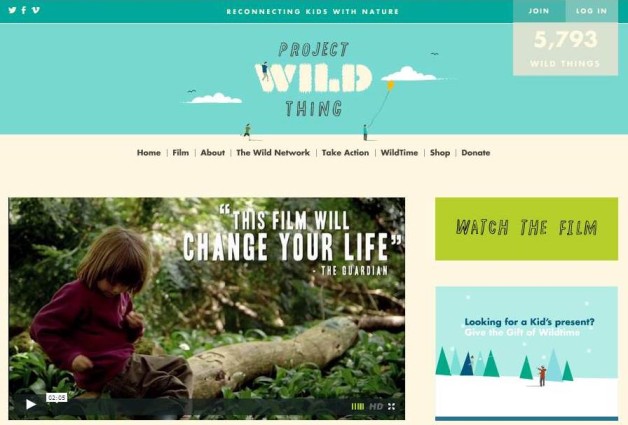 Dr M is particularly fond of films and the 2013 film “Project Wild Thing” is coming to Reading Film Theatre on Thursday and Dr M was struck by its aim to reconnect kids with nature through film!

According to the blurb: “Film maker David Bond is a worried man. His kids’ waking hours are dominated by a cacophony of marketing, and a screen dependence threatening to turn them into glassy-eyed zombies. Like city kids everywhere, they spend way too much time indoors – not like it was back in his day. He decides it’s time to get back to nature – literally.”

But Project Wild Thing is much more than a film, apparently it is a growing movement of organisations and individuals who care about the need for nature connected, free-range, roaming and outdoor playing kids in the 21st century. Hundreds of people and many organisations have already committed their time, energy, resources and money to help get the project started and moving.

This will film will change your life – according to the Guardian – though I guess it’s the children’s lives we want to change – anyway Watch this wild botanical space for Dr M’s review once he has seen it!

While you wait, watch Dr M’s video “eXtreme young botanist” with a message of hope to all who would believe that not all kids are hard-wired tele-and-computer-addicted, outdoor-o-phobic zomboids, some at least have a green, even Poaceous, twinkle in their eyes…