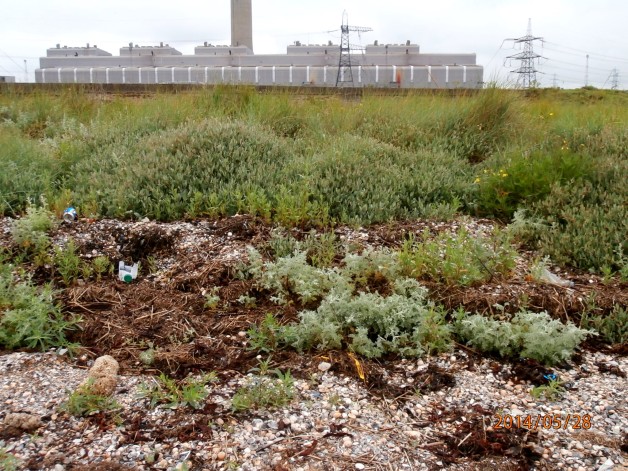 Dr M was surveying coastal vegetation recently on the Isle of Grain in Kent and he came across a small semi-circular beach and this set him thinking about (and photographing) saltmarsh vegetation. 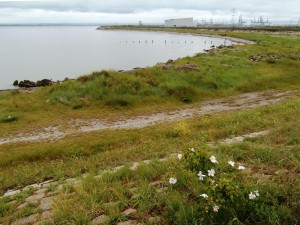 Most plants on earth are terrestrial and cannot tolerate seawater which has a devastating effect on the osmotic potential and water relations of most land plants, literally sucking the water and life out of the plants.

What then could be more extreme than vegetation growing, not just near the sea, but actually in it!

Saltmarsh vegetation is unique in being a kind of amphibious maritime vegetation, terrestrial for part of the day, but then partially or completely submerged by seawater not once but twice a day, regular as clockwork, or at least as regular as the tidal flows predicted by tide tables! Which is pretty regular!

Only special salt-tolerant plants (halophytes) can grow in these conditions, these are often succulent and with various adaptations to tolerate high levels of salts which include sodium and potassium chloride which (at the high concentrations found in seawater) are normally toxic to land plants.

Saltmarshes bridge that precarious zone between true land and sea, often appearing quite flat landscapes, but with a  very slight upwards gradient to the landward side as the tide brings fine sediments with it which can be deposited at high tide, building new land be it ever so slowly (the process of accretion).

Composed of a zonation of different vegetation types, the saltmarsh pattern is influenced by the frequency and degree to which the substrate is inundated by seawater, which is a function of distance from the high and low tide marks and the gradient and topography of the substrate.

The lower marsh occurs in the zone which is most often inundated (literally the lowest part of the marsh, in the inter-tidal zone), the middle marsh, as the name suggests, is in the middle, while the upper marsh is closest to landward side and is inundated only by the highest tides. 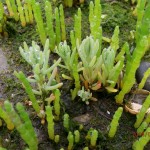 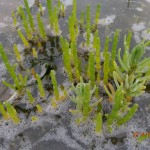 The same during tidal inundation 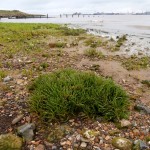 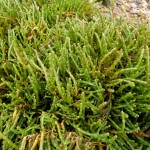 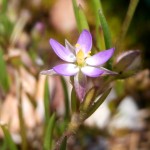 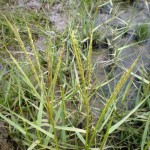 Not surprising then that the most halophytic plants are found in the lower and mid-marsh, but some less halophytic species and some completely non-halophytic (i.e. normal land plants) can survive in the upper marsh and in parts of the mid-mash but never in the lower marsh.

Plants of the mid- and upper-saltmarsh 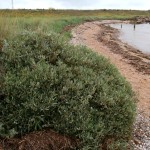 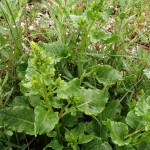 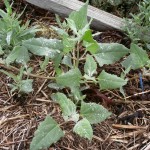 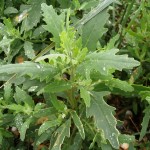 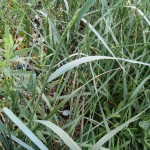 Usually when we visit salt marshes we make sure we get there at low tide so we can see all the plants and avoid the chance of getting stranded. On large saltmarshes gettting stranded by incoming tides can be a potentially dangerous situation.

On this small saltmarsh the danger was limited to getting feet, and some other extremities, wet!

Dr M  has condensed this into a tad under 15 minutes, and if you have never witnessed this remarkable and eXtreme botanical event close up, here’s your chance!

And don’t expect a heck of a lot of commentary, Dr M let’s the sea speak for itself, it’s in charge after all, well subject to permission from the moon and sun of course!

Plants mentioned in the video