Home   eXtreme botany   We’re off to see the Lizard, the Wonderful Lizard at last!

We’re off to see the Lizard, the Wonderful Lizard at last! 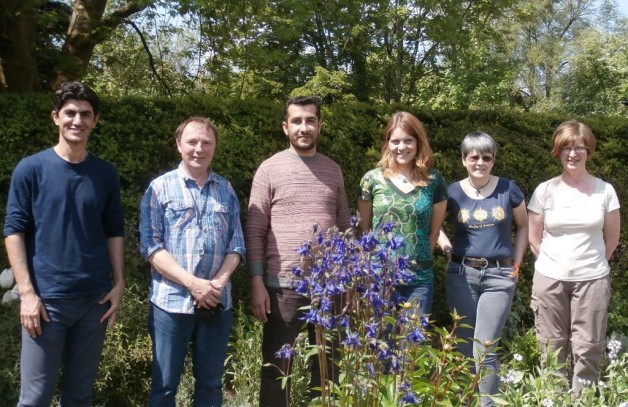 After what has seemed an eternity waiting for the MSc Plant Diversity UK Field Course Module to start, finally the day has arrived!

At around 10.20 a.m. Dr M and MSc Plant Diversity students set off from Reading in their ample minibus stacked with more plant ID books than you might reasonably expect to find at a BSBI annual exhibition meeting!

And there was botany aplenty en route and included (of course) Dr M’s eXtreme botany from the vehicle window game, directed by our guest tutor Hermione Gaingold, who only noted down those species identified by students, ignoring Dr Ms suggestions unless they could be verified by students with correct listing of ID characters, Hermione was pretty strict on this point and any doubtful or uncertain IDs were ignored or consigned to “species pairs” and the like. 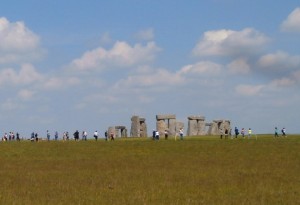 Students were able to take advantage of a massive traffic jam and painfully slow passage past Stonehenge to get a better view of roadside plants and add significantly to their eXtreme botany list.

Dr M resisted the temptation of climbing out to check a tussock grass, a likely Schedonorus arundinaceus! (syn: Festuca arundinacea) when Hemione pointed out that such action was not exactly congruent with the risk assessment!

The first proper stop was to pick up our student Dorothy (and her special red shoes) from her house in picturesque Wiltshire and, while we were at it, we took in a garden tour, a lunch break, a photo opportunity (see featured image at the top of this post) and an examination of fruit trees in the Rosaceae: Prunus, Malus, Pyrus and Cydonia (Quince)!

Back on to the road and botanising continued a while but did lapse after a while and was replaced by gentle snores from some, though not of course from the intrepid driver, Dr M!.

A later comfort break included IDing species in a scrappy piece of grass (with a “keep off the grass” notice which Dr M ignored, well, there was no grass!) including three species of Veronica (V.filiformis, V.chamaedrys and V.serpyllifolia) and a yellow Fabaceae for which Medicago or Trifolium was suggested, but  Dr M insisted students take a specimen back into the minibus and key it out in the veg key and Book of Stace, and, eventually Trifolium dubium was agreed.

After a grocery stop at Helston we arrived at Silversands in glorious evening sunshine and met with our Botanical Wizard Carter who had travelled up independently and we shared dinner and much botanical conversation and a tad of idle banter (and, later, cocoa and brandy for Dr M and the Wizard)!

The group then retired to their respective caravans and and Hermione set about typing up the eXtreme botanical list while others busied themselves with a myriad other botanical activities, no doubt involving Poaceae over which certain members of the group are highly enthused (or at least they will be by the end of the trip if Dr M has anything to do with it!).

The final member of the party, Edwina Higginbotham, arrived very much later by taxi, after a “mental journey” in the dark from the train station.  Having travelled back from a workshop in Brazil today, the jetlag tomorrow should be interesting to say the least!

As Dr M prepares this first #DrMLizardDiary post, the cloudless, starry night sky has cooled the temperature and botanical brains are resting.

Tomorrow is our first full day of botanising, the weather forecast look set fair and Lizard Head will be our destination, this should certainly heat up botanical brains somewhat!