Dr M is planning a series of posts on talented botanical illustrators and, just to be contrary, the first of these deals with zoological illustration, but with a botanical twist!

Richard Lewington  is a full-time, freelance illustrator, specialising mainly in insects and other invertebrates.

Dr M is no zoologist, but what appealed to Dr M when he first discovered Richard’s work on the internet, is that he often includes plants alongside the insects to show habitat or food plants for example. And his botanical illustrations are as precise and botanically accurate as his famous insect illustrations, as you can see the examples kindly provided for use here by the artist. Click on the images for much more detail. 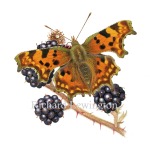 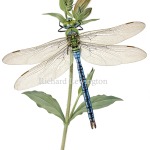 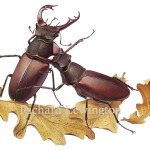 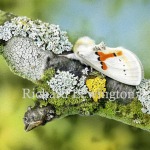 Dr M is particularly fond of botanical illustration and when it is well done it can be really valuable for plant ID. The skilled artist can show in one image the important features of the plant that are often difficult to capture in one photograph.

The same is true for zoological illustration and the Summer 2011 issue of Atropos magazine has a really fascinating article by Richard discussing the merits of artwork over photography for identification guides, from an illustrators point of view. Check the full article here.

Richard is also known for his butterfly illustrations for Royal Mail stamps and especially for his contribution to field ID guides, e.g. the very successful “Butterflies of Britain and Ireland” (Jeremy Thomas and Richard Lewington, British Wildlife Publishing, 2010).

Also appealing to Dr M’s technology eye, Richard has been involved in a project to illustrate all the British bumblebees for an app. This has now been produced for the Bumblebee Conservation Trust and contains illustrations of all the British species plus photographs,video footage, distribution maps and ID notes by Steven Falk. Check details here.