This week Dr M and his MSc students have spent a week of field days, visiting a range of sites and habitats around Reading. Here is the fourth and penultimate post from Dr M’s field day diary:

Day 4: Visit to Clattinger Farm, an ecological and botanical time capsule in rural Wiltshire and a glorious jewel in the crown of the Wiltshire Wildlife Trust and one of the celebrated Coronation meadows.

Centuries of sympathetic farming methods (one annual hay cut with aftermath cattle grazing) have kept these fields free from the ravages of artificial fertilisers and herbicides and free from excessive drainage and ploughing.

The combination of thin, nutrient-poor soils and different levels of flooding has resulted in a range of species-rich and spectacularly beautiful flower meadows. The richest are extremely rich indeed, according to Stephen Davis (Head of Conservation policy at WWLT) quite likely the most diverse flower meadows in the whole country. 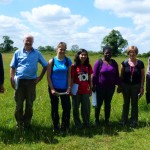 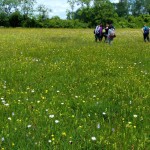 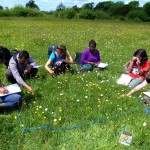 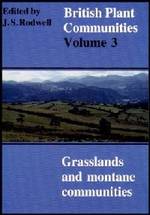 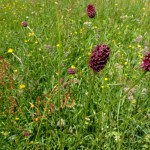 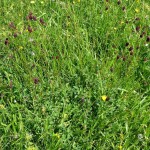 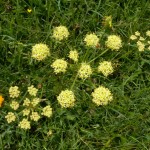 Recent work, commissioned by the Floodplain Meadows Partnership, has analysed around 2500 quadrats from all the known MG4 meadows throughout southern England and has identified new variation in the community and has proposed four different sub-communities. 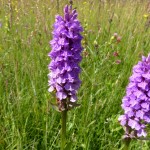 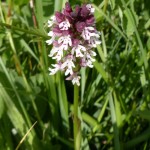 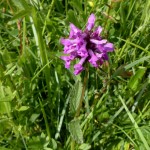 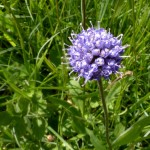 With nearly 40 species in a 2m x 2m quadrat, The student quadrat was clearly an example of a species-rich meadow and fits the Dactylis glomerata (Cock’s-foot) sub-community – the richest meadow type associated with thin soils and less frequent flooding.

The full list of species that Dr M‘s students found in this quadrat is as follows: