Home   eXtreme botany   Fungi – the most important organisms on the planet?

Fungi – the most important organisms on the planet? 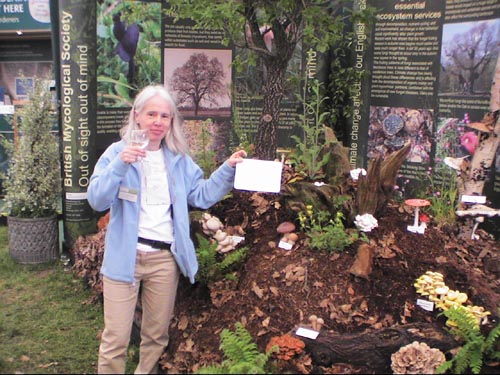 Dr M put his hand deep into the warm wet webness, otherwise known as the internet, and pulled out this moist, clammy and dankly fascinating feature on fungi! Yuk!

This originates from Professor Lynne Boddy, a fungal ecologist at the Cardiff University.

“For many people, when fungi are mentioned their first reaction is “can I eat it or will it kill me?” or “yuk! how can we get rid of them?  they rot our food and homes, kill our plants and even sometimes grow on us”.

However, without fungi the terrestrial ecosystems of planet Earth would not work. Fungi are the major decomposers of dead plants, releasing nutrients and feeding plants with water and mineral nutrients.

Lichens are fungi plus a photosynthetic organism, and in vast tracts of tundra are the main primary producers.

Fungi are hugely important sources of food to invertebrates and many vertebrates, including man: cultivated fruit bodies; yeast in bread, beer, wine and Marmite; soy sauce; some meat substitutes, such as Quorn; it is fungi that develop the fragrance and flavour of ‘blue cheese’, as well as the texture of Camembert; and most cheese production these days uses a fungal enzyme to coagulate the curds. [Dr M wonders how many of us have coagulated our curds of late?]

Fungi produce many ‘wonder drugs’, including penicillin and other antibiotics, the statins that control cholesterol, and cyclosporine, which prevents transplant tissue rejection; and other  industrial chemicals, and bioethanol – an alternative to fossil fuels.

So, without fungi there would be no fertile soil, no plant life, no herbivores, no carnivores and no humans.”

The featured image at the top of this post shows Lynne Boddy with the British Mycological Society RHS Chelsea Gold medal winning stand 2009.  Note the RHS Certificate in one hand and a celebratory fungal product in the other!

Botanical note: fungi are not plants! –  Yes, Dr M knows fungi are not plants, not even close! So why feature them on this botanical site? Well, as Lynne points out, most plants grow in direct association with fungi (e.g. through root mycorrhizae) and also rely on fungi indirectly providing plant nutrients from decomposition of dead organic matter.

So Dr M is wild about embracing the fungi as too important, too fascinating and too wonderful to ignore!